Transportation funding advocates are holding events in Lancaster, Philadelphia, Reading, Pittsburgh, Erie and York this week under the banner of Stand Up 4 Transportation. The events are to urge Congress to address transportation needs at the federal level with a sustainable, multi-year funding measure instead of another short-term fix. The current short-term fix expires May 31.

The states want it. The nation’s mayors want it. National and local business organizations want it. A majority of Americans want it. The only entity that doesn’t seem to be getting the message is the U.S. Congress.

Newspapers published a number of op-ed articles the last two weeks, several of which are linked below. Stand Up 4 Transportation is asking members of the public to sign an online petition, which can be found at http://standup4transportation.org. 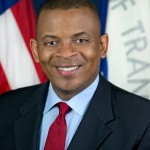 The nation’s mayors, through the U.S. Conference of Mayors, called on Congress to move past partisanship and pass a transportation bill.

A Washington Post op-ed by the former chief economist to Vice President Joe Biden suggests that there’s a disconnect between Congress and… reality. 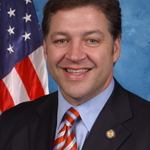 Congressman Bill Shuster, chairman of the House Transportation & Infrastructure Committee, toured Pennsylvania with acting PennDOT Secretary Leslie Richards and other transportation officials to say he believes Congress will pass a federal funding measure this year, but not by the current May 31 deadline.

Highway construction company president Dan Hawbaker, in an op-ed article that appeared in several newspapers, said  Pennsylvania needs to keep its promise to the public and not allow bridge and highway money to be diverted for other purposes.

Pennsylvania’s rankings should improve in the next few years following passage of the transportation funding act in 2013, but for now, the Keystone State is at or near the top of the list in the number and percentage of structurally deficient bridges, according to the American Road & Transportation Builders Association.

PennDOT is inviting members of the public to offer input on the state’s long-term transportation plan from the comfort and convenience of home or office.