Every conduit for moving people, materials and goods from Point A to Point B is part of our fully integrated, multimodal transportation system, be it roads, bridges, public transportation, freight and passenger rail, air and sea ports, sidewalks and bicycle lanes.

Acting PennDOT Secretary Leslie Richards demonstrated that recently in her first House Appropriations budget hearing with her command of a wide range of transportation issues. PennDOT’s district executives echo that mantra as they unveil construction plans involving all transportation modes, many of which are embodied in the news links below.

Also, this week is National Work Zone Awareness Week. Did you know that, according to the Federal Highway Administration, 85 percent of all fatalities caused by work zone accidents involve drivers and passengers? Complying with lower speed limits and avoiding distractions while traveling through work zones isn’t just for the safety of construction workers.

PennDOT has 21 roundabouts, with another 30 in the design stage. Why? They’re safer, better for the 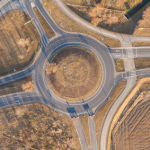 environment and less expensive to maintain, compared with traditional intersections. 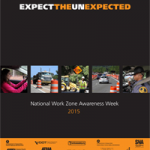 Meanwhile, the nation’s staunchest business advocates are pushing for Congress to address the country’s multimodal transportation needs with a sustainable funding source. You know, like increased gas taxes, for example.

Finally, the American Road & Transportation Builders Association put its weight behind a 15-cents per gallon gas tax increase, with an offsetting tax rebate for middle and low income families.

Yep, those potholes are as bad or worse than ever this spring, but PennDOT pledged to tackle them quickly, thanks to the passage of Act 89, the transportation funding measure.

Acting Secretary Richards demonstrated her grasp of a broad array of transportation issues in her first appearance before the House Appropriations Committee.

Another example of the multimodal nature of our transportation system is ramping up in Pittsburgh, where bike lanes and sidewalks will be part of the $12 million improvement along East Ohio Street. Harrisburg also will be the beneficiary of bike lanes due to a resurfacing project.

In addition to looking after the interests of motorists, bicyclists and pedestrians, PennDOT solves railroad issues too.

PennDOT district executives have been busy announcing a multitude of construction projects. Here’s an  example from the Pittsburgh region.